Recognizing his lifetime of work to advance the natural gas industry, the American Gas Association honored Angelo Fabiano as the winner of the 2013 Milton W. Heath Sr. Memorial Award at its biennial exhibition held May 21-24.  The award, sponsored by Heath Consultants Incorporated, is given annually to an individual who has made an outstanding contribution to leak detection, prevention or repair during the preceding five years.

Colleagues from across the natural gas industry commended Angelo for his extensive work in the research and development of leak surveillance and pinpointing technologies during his tenure as the Technical Manager at NYSEARCH, the research, development and demonstration committee of the Northeast Gas Association. While at NYSEARCH, Angelo played a critical role in bringing several groundbreaking technologies to market, including the design, development, testing and commercialization of  the Remote Methane Leak Detector, a product that revolutionized methane leak detection. Angelo also led the development of several projects in damage prevention and live PE pipe repair, many of which are expected to become commercially available. Additionally, he developed leak technology evaluation protocols and worked with NYSEARCH members to assess the readiness of developing technologies.  In each of these endeavors, Angelo worked with a diverse group of members, funding sources and contractors to reach successful outcomes.  The technologies with which Angelo has worked have made a tremendous impact in the both the United States and abroad, and his expertise on emerging technologies has proven to be an invaluable resource for the next generation of natural gas professionals.

Angelo retired from NYSEARCH in 2013 after 13 successful years.  Before joining NYSEARCH, he worked for more than 20 years as an engineer for Brooklyn Union, now part of National Grid.  He currently works as an independent consultant. 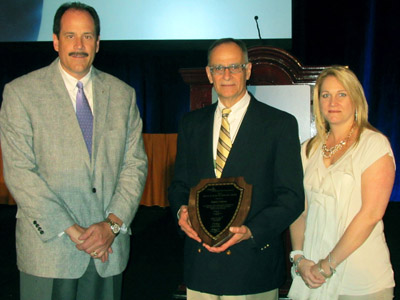